All drivers need to complete the hotstint - zandvoort .

Only an picture with all info like below will be qualified as an hotstint. Any information missing on the picture will not be valid. Also be sure to use the correct time settings, see above.
With the PlayStation share function you can create a perfect screenshot. Send the screen through a PSN party to one of your buddies and then you can download it from your phone and upload it here on the website. 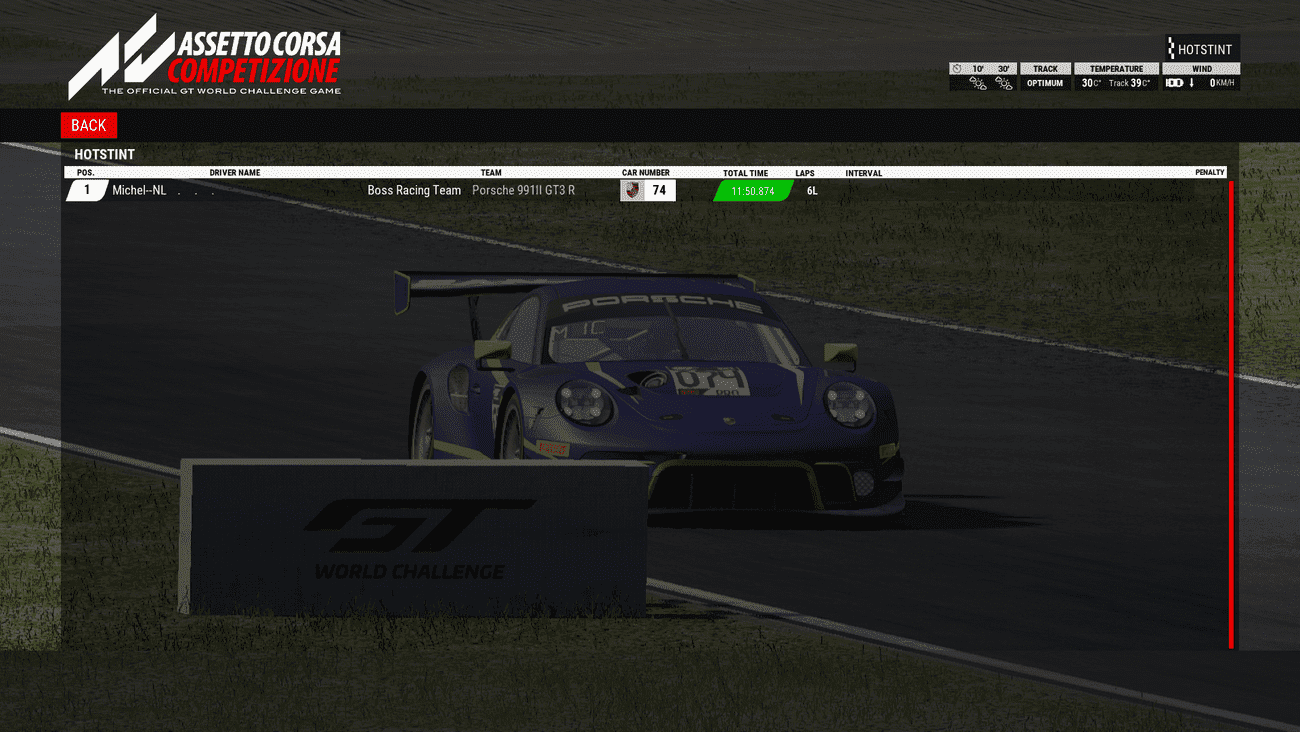 Example reasons to contact them could be:
● To get information about your tier
● To ask questions related to the league
● If you are unhappy about something, either with regards to a race or something on the forums

If you have an issue with your coordinator and would rather discuss the issue with someone else, then seek out another person from the below list and address the issue to them. Our coordinators and moderators are expected to remain completely unbiased, and as long as you address the situation sensibly and maturely they will be happy to discuss any issues no matter who it is with.

The following members are currently part of the team running the AOR ACC Leagues:

PlayStation Coordinators:
Benji_racing
Matthew Jazzman7709879
PRG_FrankForest madmax
Once tiers have been announced you can create a team to compete in the optional team championship.
Teams must consist of 2 drivers.
The deadline for creating a team is before race 2 of the season